How Are Your Children? 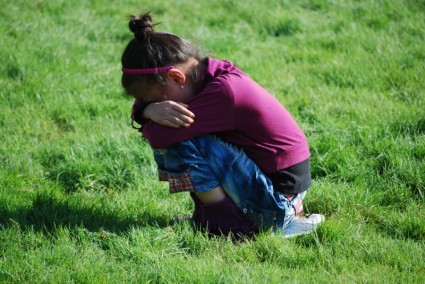 How Are Your Children?

As we emerge from an unprecedented, stressful and emotionally draining two years now could be a good time to take stock of its impact on our lives and consider the aftermath, as well as reflect on the ongoing implications of decisions we perhaps felt compelled or had to make.

How many of us have felt pressurised or not sufficiently informed to make important health-related decisions and choices about ourselves and our children’s medical care throughout this time? We’ve had to work, travel, tend to vulnerable people in our care (according to The Disability Union there are 3.7 million clinically vulnerable people in the UK), manage school attendance whilst being presented with little or no choice but to comply with what the government  asked of us.

Whilst many families have been struggling to keep their children fed, The Trussell Trust has revealed that the number of foodbanks in England exceeds the number of McDonald’s restaurants. And yet, throughout this time the BBC reported that the Government has written off £8.7 billion of PPE. £673 million of unusable items (The Department of Health and Social Care), £750 million of equipment expired before use, £4.7 billion was overpaid for supplies and £2.6 billion of equipment was unsuitable for NHS use.

So many people have held strong opposing views about the virus itself; about wearing masks, adhering to lockdown rules, social distancing and about the efficacy of the vaccines in protecting the general, non-vulnerable population against the virus. Often those contradictory viewpoints have been labelled divisive, but, interestingly, many of those views are now being accepted increasingly by the mainstream media and are certainly being heard by a wider audience as restrictions are relaxed.

Many creditworthy publications, like the British Medical Journal and the Lancet, have published pieces by highly acclaimed scientists, immunologists, researchers and doctors expressing concerns at the way lockdown, school closures, curfews, tier systems, ‘firebreaks’, face masks, mass vaccination programmes and mandates have been handled and the amount of scientific data on vaccine contra-indications and reducing cases diagnosed has consistently failed to be reported by main stream media.  Several signed The Great Barrington Declaration.

They have consistently advocated the use of zinc, vitamins C and D3 to support a healthy immune system, with early intervention using ivermectin or hydroxychloroquine to treat the virus, both inexpensive and effective early options.

Many of us feel that it’s important to be given the full picture before making life-impacting decisions about the way we live our lives, the way we shop, work, the people we’re allowed to meet, about whether or not we take a drug that’s still in clinical trials and which, due to the government introducing a state of emergency for two years, has been granted full immunity against criminal prosecution for any vaccine damage until mid-late 2023. The UK Department of Health and Social care confirmed in 2020 that they had granted indemnity from legal action to vaccine suppliers so that the vaccine could be rolled out earlier than anticipated across the country. (This year alone Pfizer anticipates making $54billion in sales.)

And yet, Vaccine Adverse Events Reports (VAERS) in the US has released data of vaccine injuries up to 11th February 2022. There were 1119061 reported events; 23990 deaths, 130774 hospitalisations, 119454 requirements for  urgent care, 173802 visits to doctor, 13982 Bell’s Palsy, 43476 permanently disabled. (Reference; openvaers.com/covid-data) . The European Medicines Agency (EMA) is investigating reports of ‘heavy menstrual bleeding and absence of menstruation’ after MRNA covid shots (Reuters). Whilst the UK beauty industry reports increased skin sensitivity after the COVID-19 vaccine, including a huge rise in skin grazing and reddening after waxing treatments.

Pfizer’s own trial data is starting to be released in response to a Freedom of Information Act (FOIA) request to the FDA. Whistleblower, Brook Jackson, who was the Pfizer Vaccine Trial Manager, has filed a $2 billion claim for data and medical integrity fraud witnessed during the clinical trials. An increasing number of documents are being unsealed as evidence in her case.

Whilst we may not agree with those who rail and rebel against the perceived bias of mainstream media and see them as conspiracy theorists, anti-vaxxers and trouble-makers, these are certainly the people who prompt us to think, who cause the Government to appreciate that they can’t simply steam-roller through policies without being held to account, without having to explain and justify themselves.

Even when we disagree it’s important to protect the rights of others to air their views and say what they think, especially as our lives are being increasingly monitored by technology, through our phones, loyalty cards, debit cards and CCTV providing 24 hour surveillance, collecting data on everything we do, everywhere we go, anything we buy.

Much of the information we consume is fed to us through a handful of mediums; the news channels, press and social media. It’s important to ‘follow the money’ and investigate who owns the news channels, funds the research or stands to gain from the outcome. That’s why the voices of those who disagree are increasingly important, providing alternative opportunities for us to hear and investigate other ways of thinking, of doing things, of living. Choose to listen to diverse opinions and then make up your mind.

Some children and adults are still coming to terms with the aftermath of lockdown, perhaps experiencing FOGO, the fear of going out. Some continue to home school, whilst also juggling many financial, emotional and work-related pressures. The BBC reported in February 2022 that the number of parents choosing to home school their children has increased by 34% in England over the last two years.

Working from home has also required major changes to our routines, having to learn new ways of working, whilst being hot-housed perhaps with an irritable partner or children, feeling helpless at not being able to physically connect with friends or elderly relatives.  This stress has contributed to reports of increased mental health issues, suicides, domestic violence and alcohol abuse.

Those who’ve felt isolated and alone have often struggled to do all that was expected of them, whilst managing their own fitness and mental wellbeing.  The pandemic has pushed demand for children’s mental health services to record levels. Despite being at low risk of Covid, the disruption to their lives, routines and education is feared to have had a significant impact on youngsters’ mental health.

Referrals for children and teenagers needing NHS support between April and September 2021 soared by 81% compared with the same period in 2019. There were also more than 15000 urgent or emergency crisis care referrals during that period, up 59% on three years ago. The data was analysed by QualityWatch, a joint initiative between the Nuffield Trust and Health Foundation think tanks.

Between April 2020 and March 2021 QualityWatch found that one in five children waited more than 12 weeks for a follow-up with mental health services. Dr Camilla Kingdom, president of the Royal College of Paediatrics and Child Health, warned of long-term consequences if children do not get timely support.  ‘Three-quarters of lifelong mental health problems start before the age of 25 and today’s children and young people are considered to have worse mental health outcomes compared to previous generations’.

Now, as the thought of holidays and summer breaks arise, it’s interesting to see how many countries are following the example of England in removing almost all Covid rules.  Professor Karol Sikora, CMO of Rutherford Cancer Centre and former Director of WHO Cancer Programme says, ‘we lead the way in valuing freedom and have proved that it can be done safely. A dangerous precedent has been set in this pandemic and it’s one that cannot be repeated.’

Children’s daily lives have been heavily affected.  A recent survey of schools conducted by the Education Endowment Foundation, found that children who started school in autumn 2020 needed more support than in previous years, specifically in the areas of communication and language development. 96% of the schools questioned responded that they were either ‘very concerned’ or ‘quite concerned’.

Equally highlighted was the support needed by children in areas of personal, social and emotional development (91%) and literacy (89%), skills that rely heavily on the development of strong speech, language and communication abilities. Whilst parents have done their best, their children have missed out on the structure, routine, discipline and human interaction that school attendance brings into their lives.

Dr Anthony Hinton, writing in the Daily Telegraph, shares the view that the vast majority of children have now had Covid, consequently giving them better immunity than from the vaccine. He reiterated that it is now accepted that these vaccines cause harm. (Anyone who has experienced vaccine injury has had the opportunity to report it via the Yellow Card scheme, offered by the Medicines and Healthcare Products Regulatory Agency, website - yellowcard.mhra.gov.uk,  and whilst some people have provided alarming data, it’s thought that many have not reported their symptoms)

Dr Hinton echoes the widely shared opinion that for children the vaccines are all risk, with zero benefit. Dr Peter McCullough (MD MPH, expert in analysis of C19 pandemic and the medical response, physician, author, editor, news commentator) has expressed concerns at the number of post-vaccine excess deaths in the UK of boys aged 15-19. The HART Group has pressed the UK Government on excess mortality in the second half of 2021 in teenage boys as vaccine compliance rates reached 60-75%. In May-December 2021 the UK excess deaths reported in males 15-19 was 402, with the prior 5 year average being 337, a death rate of 34.6, up from 29.5, source Dr Peter McCullough.   This concern comes in light of the Gill investigation demonstrating fatal myocarditis in two American boys on days 3 and 4 after the second vaccination.

Now we’re faced with the question, ‘will vaccinating teenagers really prevent disruption to schools?’, an article by Professor David Paton, scientist at the University of Nottingham, who’s frequently presented NHS data to show that any alarm is exaggerated and based on dubious rationale. ‘It is hard to overstate what a catastrophic failure the Government and SAGE’s policy of continual restrictions and lockdown has been’.  Reference The Spectator publication for the full article. Even now, SAGE is claiming that the Government’s plans to get back to normal will 'increase anxiety', The Daily Mail online 12 Feb 2022.

But, over time, it’s interesting to see new insights and information coming to light. Is now time to question how you feel about the choices you’ve made? Angelique Coetzee, the doctor who discovered Omicron in South Africa, was interviewed by online media platform Welt.de (and numerous other media outlets), where she reported that she’d been pressured by European governments not to say that the variant causes mostly mild symptoms.

Bill Gates, speaking at the Munich Security Conference, February 2022, stated on record, ‘ Sadly the virus itself - particularly the variant called Omicron - is a type of vaccine, creates both B cell and T cell immunity and it's done a better job of getting out to the world population than we have with vaccines.’ And yet, in England, experts like Neil Ferguson and SAGE have continued to warn us to prepare for daily deaths of 5000 from Omicron, even though the figure has never risen above 300.

So now let’s introduce a more upbeat tone and commit to moving forward with our lives. It’s certainly time to give thanks for those people who’ve chosen to ask questions, who’ve continued the discussions and fought to uncover what’s going on.

Our children rely on us to make correct, informed choices that support their lives, their health, wellbeing and future options. Now is time for them to rejoin their lives, to learn about the importance of a healthy diet, exercise, to enjoy the outdoors, spend time in nature, to be physically interacting with other people of their age, laughing, crying and gradually becoming responsible, resilient and confident young adults.

However we feel about the Covid vaccine it should be down to freedom of choice, especially now that the ONS have reported that 98.2% of adults in England have Covid antibodies, providing a level of protection. It’s time to respect each other’s decisions, without looking to cause division or segregation, an important lesson in tolerance to teach our children.