Is Your Monday Blue? 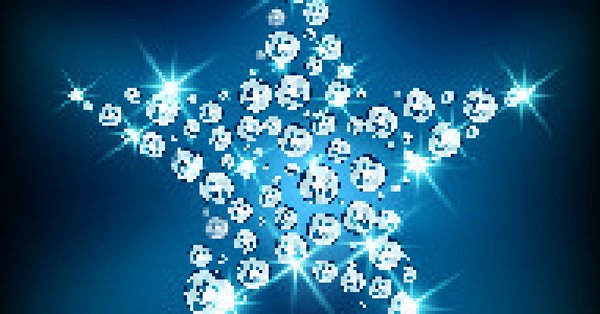 Certain days of the week have, over time, attracted their own personalities, which often results in a particular mood being ascribed to them. Monday, as the start of the working week for many, is often viewed as miserable and wearisome, especially after a busy, fun-packed weekend. Wednesday, being mid-week, is sometimes called Hump Day, the hurdle to get over before the run-up to the weekend.

As such, Blue Monday, which falls typically on the third Monday of the year is, in 2023, on 16th January. It has been designated (no doubt by the media) as the gloomiest day of the year. But do we really need to subscribe to such a miserable outlook, or is there a way to sidestep and improve on it?

Yes, in early January we may still be feeling vaguely hung over from the excesses of Christmas, our New Year's resolutions may be rapidly disappearing and January's pay is already spoken for. And then there are the short, rainy days and various strikes that are this year affecting the country. There may be much to feel blue about.

But we’re resilient and have ways of handling setbacks and difficulties. Finding ways to take control of situations is often the biggest help, and that often involves planning ahead, so intercepting any potential stumbling-blocks.

So why not plan ahead and miss out on Blue Monday!

Arrange a fun catch-up with friends or family. If that includes food, why not suggest that everyone brings a dish and/or a bottle. It's a good way to socialise without spending a lot of money. If you combine the catch-up with some exercise, like a walk, game of football or round of golf you could add in some valuable extra positives.

Exercise and fresh air are always good ‘anti-blue’ defences, so planning a regular walk could be a good way to stave off the demons and breathe some fresh air. A 2022 survey by Noom found that 20% of us let our exercise levels fall by 37% in the winter months, blaming the cold weather and shorter days, as we go into ‘hibernation mode’.  But going out on your own for some precious ‘me time’ could provide a much needed break or taking a walk in nature with friends or family could offer sociable conversation and a positive way to invest in those relationships.

A safari supper can be good fun, where a course is eaten at one person's house and then everyone moves on to the next. This often works best with neighbours, so as not to have to travel too far, but inviting company around is a good motivator to freshen up your home and let people in. And that’s always a good way to lift the blues.

Board games may sound a little uninviting, but it's amazing how involved everyone becomes in their determination to win. You may see a very different side to your friends or neighbours! And regular board games evenings can quickly become an eagerly anticipated ‘thing'.

You could invite your 'gang' around for a game or two of cards, to watch the football over a few beers, or to enjoy a pamper evening, where everyone brings some beauty products, scented candles and nibbles, a great way to use up those hardly opened nail polishes and skin treatments, or find an outlet for those unused Christmas gifts.

Enjoy your Monday; it doesn’t have to be so blue after all! And know that it won’t be long until June 20th, otherwise known as Yellow Day, designated the happiest day of the year. Let’s look forward to our Mondays!