Let's Give Thanks for the Rebels! 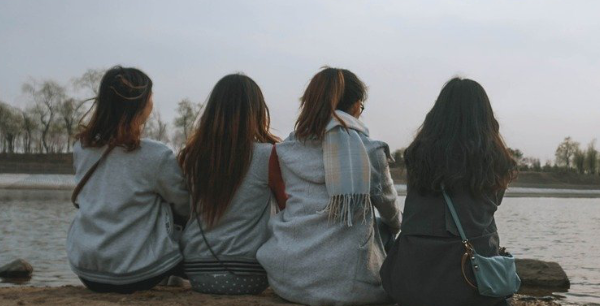 Do you ever find yourself tutting in annoyance at protestors, irritated by the conspiracy theorists, wishing that they'd obey the rules, stop diverting attention away from the main issues and be less unruly? I'm not talking about destructive acts of vandalism, but those who loudly advocate opposite, perhaps conflicting views to the mainstream.

At times I've found myself equally irritated, especially when I've thought the protest to be unnecessary or misguided, but latterly I've found myself being grateful for those people who care enough to stand up and be counted, those who give their time, let their voices be heard and who don't just shrug and tow the 'party line'.

Whether we agree with them or not, all viewpoints benefit from being challenged at times. Being asked to rationalise decisions and reasoning or explain a conclusion helps to check out the logic and clarify the underlying thinking processes. This may sometimes even result in a revision, adjustment or modification to each outlook.

And, on a larger scale, it's important that governments aren't given free rein to introduce whatever rules and regulations they choose, unchallenged, under the guise of, 'it's for your own good, it benefits us all'. We don't want to become 'sheeple', sheep in human form, timidly asking 'is it okay, are we allowed, what are the rules, is it permitted?', or become increasingly suspicious, monitoring what others, including our neighbours, are doing.

How do you feel when you hear that a major UK political party has requested that the government introduce legislation to censor a dissenting viewpoint on social media! Why would they do that when there are many contradictory opinions and scientific reports arguing both sides of most issues.What influence are they hoping to wield over the shaping of our opinions and actions?

Without disagreement and non-compliance if people simply obey and follow the rules, do what's been instructed and go along with what they've been told to do, what will ultimately happen to choice, free will, pleasing ourselves? Who will question the instructions from 'on high', query who's profiting, who the influencers and beneficiaries are? Where will the checks and balances be, the people asking 'why', 'what for', 'what's this all about'?

If those in charge receive total compliance, with no resistance they're effectively being given permission to become dictators and action whatever they want. They'll have increasingly less reason to explain their choices, question their decisions, resist the big money backers with their agendas, or think too much about the way they introduce their policies. In those situations it can become easy, seductive, almost second-nature to believe they're invincible, with no need to explain, validate or review whatever steps they wish to take.

Having healthy opposition is often seen as the way to retain a more moderate government, a more democratic society and thus prevent dictatorships from emerging. Being questioned in parliament, having a free enough media and press that sometimes reports and challenges government's decisions, holding regular elections, having access to diverse groups and information online are all ways that we can potentially keep in touch with other sometimes dissenting or controversial points of view.

Even if we tut in annoyance, it's still important to support the right of others to air their views and say what they think.With our lives increasingly controlled by technology Big Brother can easily monitor everything we do, our spending habits, opinions, everywhere we go. We know the information we post is readily accessible online because it's not uncommon for someone to reference a sick pet or holiday on social media and the algorithms prompt relevant items to instantly pop up onscreen.

But, moving forward, who would really want to live in a society where it's the norm to spy on one's neighbours and report on their behaviour, where everything we consume is ultimately monitored and managed by the state. Social media started our desire to voluntarily surrender much about ourselves, about what happens in our daily lives, freely posting massive amounts of personal data. But it's important to retain some awareness of where things are going.

Let's give thanks to the dissidents, rebels and alternative thinkers. They're prepared to keep shouting and whether we agree with them or not they help us retain some semblance of restraint, individuality and independent thinking in an increasingly monitored world. Living a beige, supervised picture of a life is uninspiring. Let's hold onto the brighter colours, shapes and textures that bring interest, diversity and sometimes rock the boat in all our lives.